July 2019 marked the 360th anniversary of the death of Michał Boym, the Foundation`s patron. In the same year, Poland celebrated the 100th anniversary of its regaining independence. In addition, the year 2019 coincided with the 70th anniversary of the establishment of diplomatic relations between Poland and the People`s Republic of China. In order to commemorate this triple jubilee, at the beginning of 2019 a group of persons interested in promoting the works and deeds of Father Michał Boym, representing three different NGOs ( S.E.C.A Chinese-European Culture Association seated in France, Orange Alternative Foundation and  Sinicum Michał Boym Association, both headquartered in Warsaw, Poland), launched the "Michał Boym AD 2019 - the Polish Marco Polo" Initiative.

The "Michał Boym - Polish Marco Polo A.D. 2019" Honorary Committee of Support was created whose members include among others outstanding sinologists familiar with Father Boym`s achievements. They are as follows: professor Edward Kajdański, sinologist, diplomat, the biggest Polish authority on Father Boym`s life, author of many books dedicated to Michał Boym, professor Bogdan Góralczyk, Director of the European Center at University of Warsaw and author of many works on China, including the most recent, nearly 600-page long publication "The Great Renaissance. Chinese transformation and its consequences", professor Józef Pawłowski, sinologist and deputy dean of the Oriental Studies Department at University of Warsaw, dr. Marcin Jacoby, Director of International Cooperation and assistant professor at the Center of East Asia Civilization Department at SWPS University of Social Sciences and Humanities,, Father Jarek Duraj SI, deputy director of Macau Ricci Institute, Father Robert Danieluk SI, archivist at Archivum Romanum Societas Iesu, Polish-French film director Raphael Lewandowski, who directed "The Mole",  and Marie-Anne Isler, former vice-president of the European Parliament, presently deputy president of Metz-Metropole.

The Initiators obtained for the Initiative the patronage of the Commission for Missions of the Polish Episcopate and of the Polish Ministry of Culture and National Heritage. Thanks to their efforts and the financial support of the Ministry of Culture and National Heritage the first book for children on Michał Boym was published under the title "How Michał from Lviv traveled to China." The book was written by professor Monika Miazek-Męczyńska  and the illustrations for the book were created by a young Jesuit, Przemysław Wysogląd. The purpose of the book, which will be offered free of charge to primary school libraries, is to support the inclusion of the story of Michał Boym in the national teaching program.

II. CREATION OF THE "MICHAŁ BOYM" FOUNDATION FOR CULTURAL EXCHANGE

In order to continue the Initiative`s mission and provide it with a legal framework, on September 10th, 2019 the Foundation “Michał Boym" for Cultural Exchange has been established by a notarial deed for unlimited duration. The seat of the Foundation is at: Nizinna St. no 12 apt. 18 in Warsaw.

The Foundation`s founders are three women: 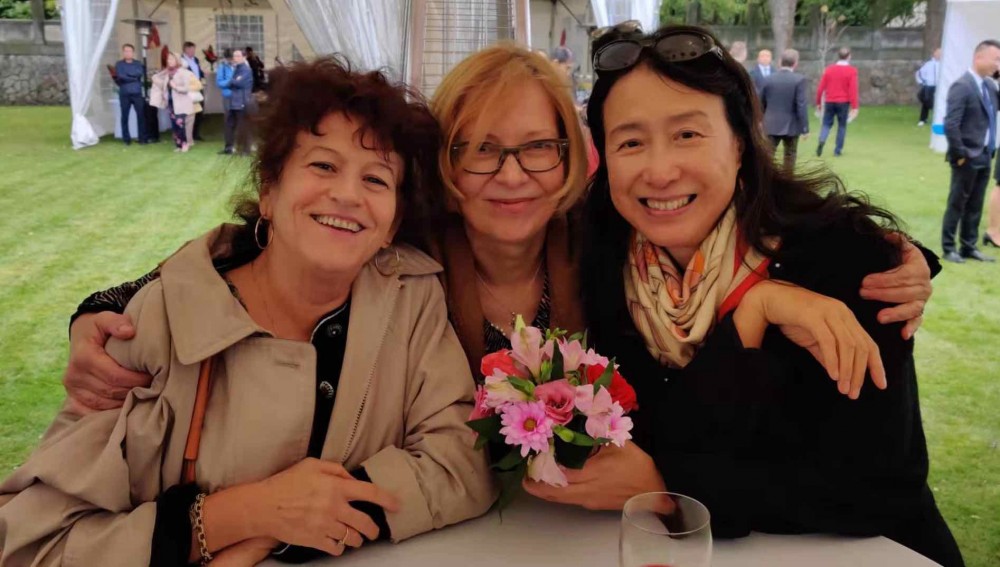 III. STATUTORY GOALS OF THE FOUNDATION

The most important statutory goals of the Foundation are the following:

The Foundation shall work toward its goals among others by: organizing conferences, exhibits, concerts, seminars, competitions, festivals, film production, book publication and other activities, including offering support to projects in the area of sciences, arts, culture and the spiritual domain. The Foundation shall work toward the increase of public awareness, especially among the youth, about the history of intercultural exchanges between Europe and China.

The Foundation shall promote language learning and international travels as the means to the strengthening of cultural contacts between Europe and China.